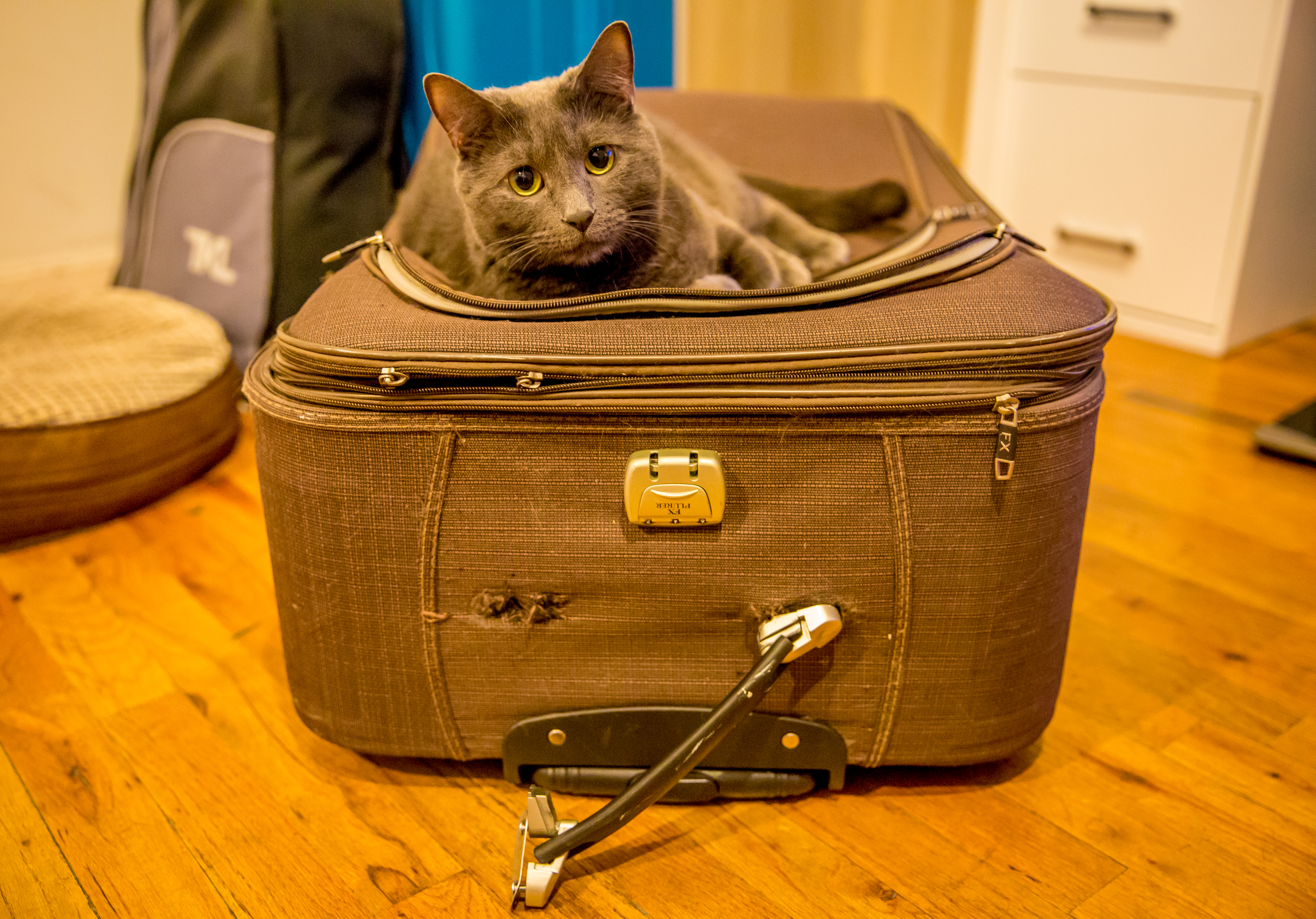 There are very few things in this world that I hate: liver, glitter, broken earphones, frappuccinos, hazelnut coffee, gin and tonics, Georgi vodka, the M subway line, the G subway line, overpriced real estate, fanny packs, that one piece of hair that for whatever damn reason curves left when it should curve right… the list goes on and on. But nothing is worse than a suitcase. Okay, maybe two suitcases…

When I look into the past I have to close my eyes to remember how I felt and what I knew life to be at the time. If I don’t, I sometimes find myself to have been weak or foolish. This is one of those times.

I had gone to Russia for a month in the summer between sophomore and junior year of High School. In my last 10 days of being in Moscow I had broken up with my Russian girlfriend. What happened the day of the breakup and the following day really threw me off. Soon after I left her place.

I didn’t have money but I had friends. Friends that helped me out, took me out and let me stay at their homes and even a dacha. Towards the end of this trip I had to move from one friend’s (Misha K.) place to another’s (Misha M.). Misha M. lived closer to the airport and could take me for my flight.

I told Misha K. to not worry, I would take public transportation to get to Misha M.’s place. Misha K. and his family had helped me enough. Plus, his mom was out with the car and I didn’t want to be a bother. I left his flat with my luggage.

Right when I had the bus stop in sight, my suitcase hit the ground, changing from a roll to a heavy drag.

“What?” I said out loud. I stopped and checked the bottom of my large suitcase. The plastic piece connecting the axle to the suitcase broke off on one side. I put the piece back in place and slowly tried to roll it. A foot later, it became a heavy drag again. I tried to fix it once more, and again it came off.

It wasn’t until the wheels were no longer attached to my large suitcase that I realized the true weight of my luggage.  A 50 pound (23 kilos) suitcase, a 20 pound (9 kilos) carry-on, and a full backpack was actually very heavy.

And So It Begins

Once the bus arrived I made sure I got on last. I didn’t want to hold anyone up. I managed to slowly lift my suitcase and carry-on step by step onto the bus. Once I paid my dues I went through the turnstile. Or at least tried to.

“You’ve got to be kidding me” I told myself. I clearly miscalculated that the combined width of a large suitcase, a carry-on, a full backpack and myself was far greater than the narrow distance between two of the three arms of the bus’ turnstile.

However, I soon did know this: my triumph of victory at the bus was very short lived.

My barely 110 pound self never realized how broken wheels on a suitcase combined with no escalators wherever I went could so quickly crush my morale.

Over and over again.

Repeat with breaks when necessary.

I couldn’t find a seat on the subway.

Could someone help me? Do I even know how to ask for help in Russian? Does no one see me struggling and just want to lend a hand?

People walking around, not a helping hand in sight.

“I can’t do this anymore.” I told myself looking up at the light to the outside world. I had dragged my luggage to a corner and sat on my broken suitcase about to breakdown. I was exhausted. Not to mention I was still an emotional mess from the post breakup saga which deserves much more than a mere blog post to do it justice. I closed my eyes, put my head down, and exhaled.

At that moment I saw myself sitting there moping. Not moving, not trying, giving up. I then turned my head to the stairs and saw a version of myself struggling but advancing, moving up with my suitcases one step at a time.

An able body. Two working arms. Two working legs. Well fed. Not thirsty. A functional mind. A beating heart. Not to mention the friends I had throughout that trip that were full of support.

And I was going to give up so easily? For something so small? Not make it from point A to point B? A journey of a couple of hours? Was that the limit to my strength?

At that moment I could have never imagined that I would travel tougher journeys of great distances filled with sleepless, freezing nights. I didn’t know that I would push my body to the point of collapse. I didn’t know I would be so close to losing my mind in the sea of insanity where the thinest string of a single memory would keep it from going over the cliff.

I did not know. However, I did know that life was just getting started with me. I did know that it wasn’t going to get any easier. I did know that if I gave up now on something so small and easy that I would be eaten alive with not even a memory of me left. I inhaled, grabbed my suitcases and made it to the top.

Many times I get caught up in the moment of the struggle. I allow the current hardship to overwhelm me, paralyze me. I start to think that I’ve got it bad and there’s no way out.

But it’s all perspective. Life has always been very good at reminding me that my current difficulty is another man’s blessing and my future self’s triumphant memory. It’s preparation for what’s yet to come.

As silly as that moment at the bottom of the stairs seems now, it was the beginning of a new perspective for me. When you face any hardship head on, you get two options: sit and mope or stand and move forward.

As always, safe travels everyone!

P.S. You better believe I never traveled with a suitcase ever again.