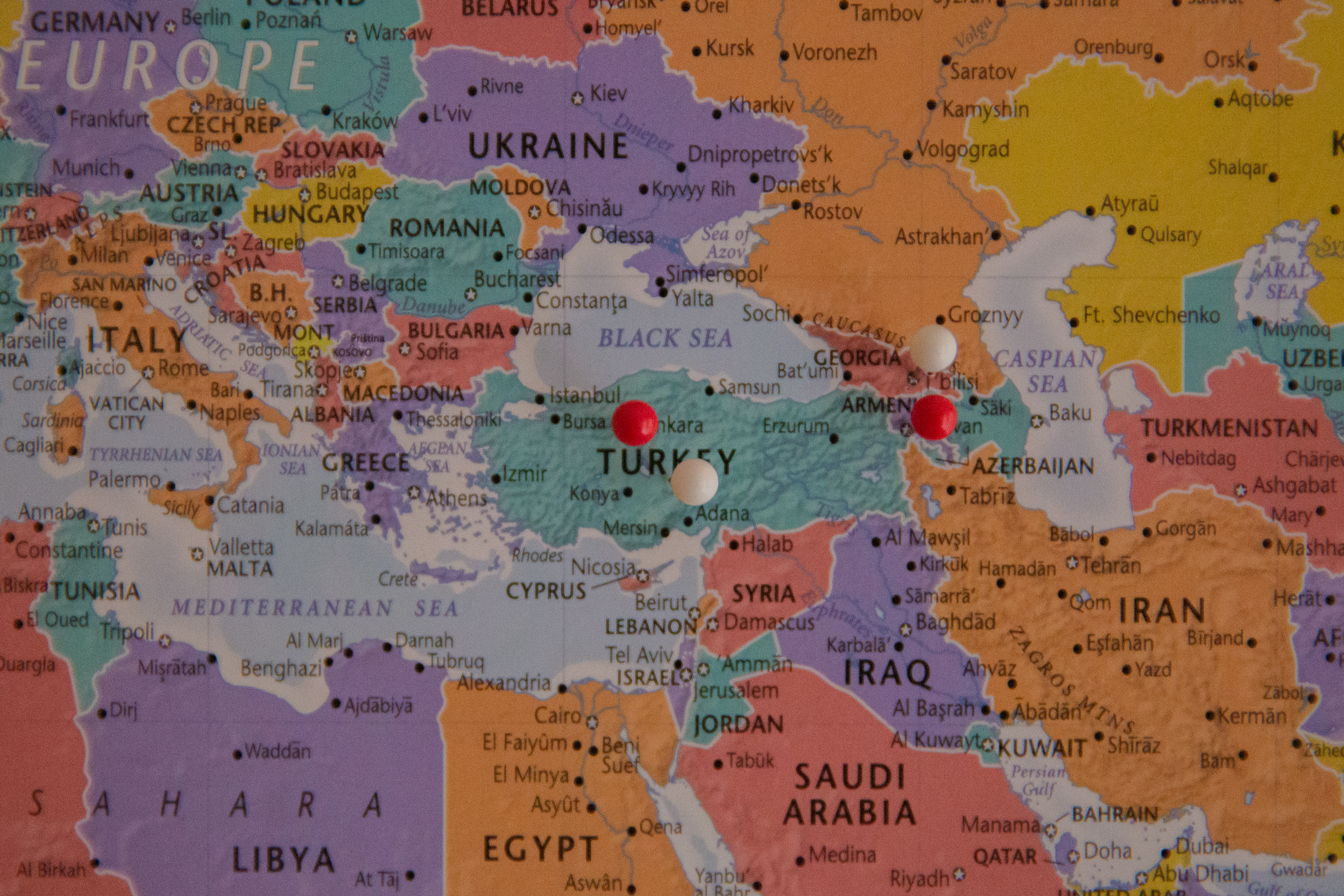 We barely rested the night before arriving to Minsk, Belarus. Now, on the same day, we had an overnight flight to Ankara, Turkey. To make the trip more difficult, there was of course a layover!

Fortunately for me, Yagmur was in her home country so I could sit back and relax once we arrived. It was even better that Yagmur has an awesome friend, Ozge, living in Ankara who took us around and gave us a place to crash.

We spent our day in Ankara hanging out with Ozge and her fiancee (Meric) at their coffee shop: Potter’s Coffee Shop. By the way, it’s the best coffee shop in all of Turkey!

While in Ankara, we also headed out to check out Anıtkabir, Ataturk’s tomb.

After hanging out for the day, you better believe I went to bed early that night. Yagmur stayed up for a bit longer, catching up with Ozge.

We woke up early for our road trip to Cappadocia. It was a beautiful ride down.

Along the way, we stopped by Haci Bektas Veli Complex to check it out:

We were very fortunate to be in Cappadocia with Meric. He went to college there and knew everyone! He hooked us up with a nice hotel for a very low price of $20 a night!

Not to mention the free breakfast that was included (fried eggs not pictured).

We headed out and explored the rocky scenery.

In Cappadocia, you definitely have to check out the Open Air Museum. There’s nothing like some Turkish fresh air.

I was so grateful to have met Ozge and Meric. They were so kind to us and took us everywhere. There’s nothing like Turkish hospitality! There was also an added bonus to have met up with Tugce and her boyfriend Anthony. I know them from New York and they’re a blast to be around!

Be sure to check out pottery class while in Cappadocia.

There are also many underground cities that you can check out. We visited Kaymakli Underground City.

Don’t forget to check out the three beauties!

Unfortunately, we couldn’t check out the hot air balloons because of the weather. It’ll just give us a reason to go back!

Getting to our next country: Morocco, was going to be a bumpy one. We had a morning flight to Istanbul which was very confusing. At the airport, no one could figure out which gate belonged to which flight.

The monitor didn’t display anything.

Someone eventually showed up to check our tickets. After that, we just followed the crowd and walked towards what we hoped was our airplane.

When we arrived to Istanbul, we left our big backpacks at the airport for a small fee of $10. Afterwards, we decided to explore a little and get a couple drinks with our friends.

I forgot to take a pic of #teamistanbul when we went out for a couple beers. So here’s an old pic of my favorite people* in Turkey 🙂 *Emine was there in spirit 😉

Soon after we hopped on a bus and headed back to the airport.

We were very fortunate with the costs for this trip for the following reasons:

As always, the majority of her expenses were from airfare:

Special thanks again to Ozge and Meric for their hospitality. They definitely helped keep our costs down. The 4.12% increase to her overall budget was well worth the wonderful time we had in Turkey. Slowly creeping up to 50%, we left Turkey with her budget reaching 47.21% LTD.

I’m happy that we were able to include Yagmur’s country in our adventures.

Secret secrets are no fun unless they’re shared with everyone 😉