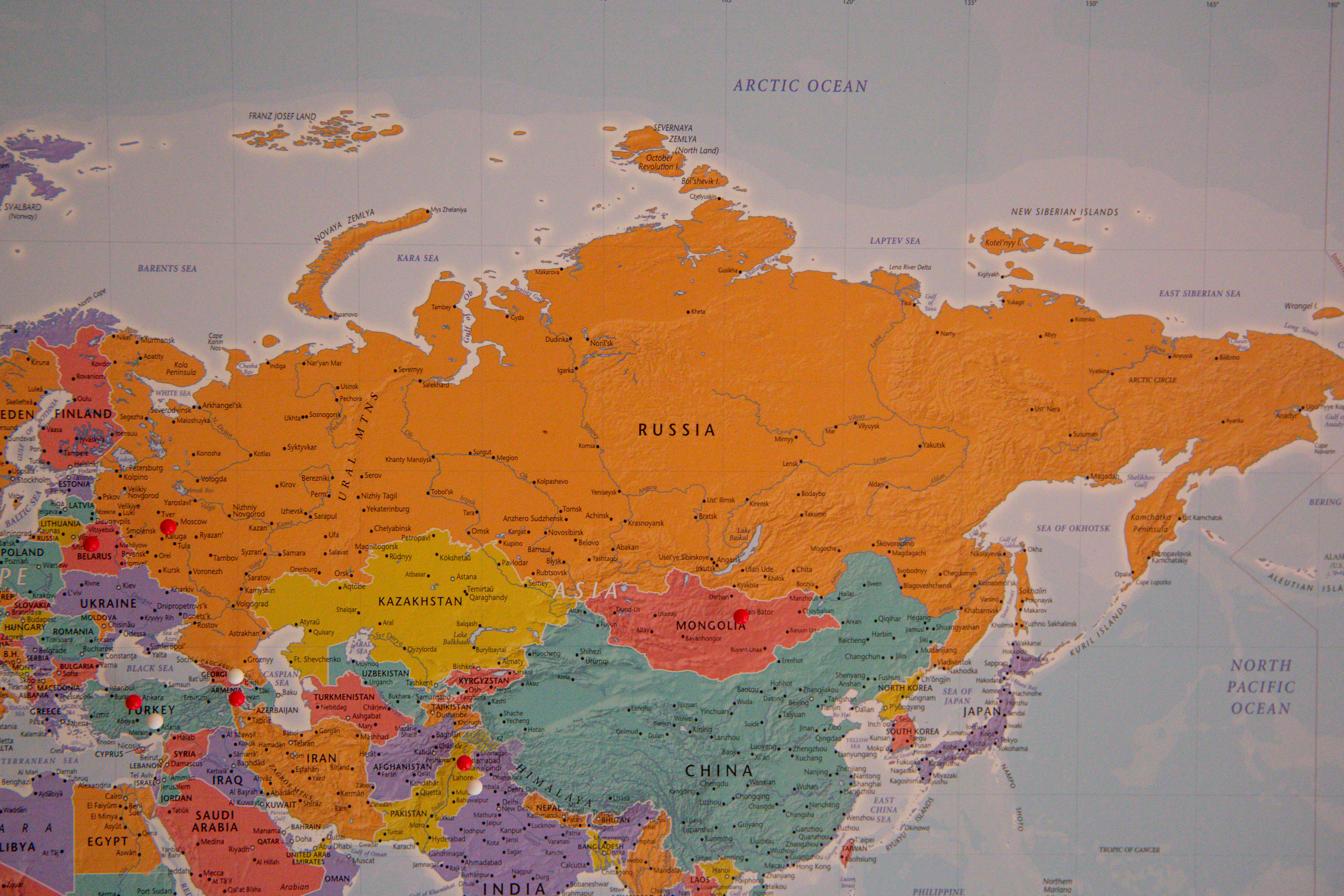 Yes, you read right. The Schengen visa wasn’t the only 4 day visa Yagmur received. Russia decided to jump on the bandwagon and only gave her a visa for the days requested.

If that happens, you can request an invitation from an online tourist company. I was skeptical at first, but it worked using this company: Ivisa for Russian Invitation Letter (~31 USD)

An excellent blog post on applying for a Russian Visa from the U.S. or Canada can be found here: Russiable

We arrived in Moscow’s northwestern airport, Sheremetyevo (SVO). Upon arrival, we headed over to the the Aeroexpress train that takes you from SVO to metro stop Belorusskaya. If I’m not mistaken, all 3 of Moscow’s international airports have an Aeroexpress train to Moscow’s city center.

It’s very easy to buy an Aeroexpress train ticket. On your way to the Aeroexpress train, there are red ticket machines where you can buy your ticket in English or Russian. The prices vary depending if you purchase single, round trip, or for multiple people: Aeroexpress prices A one way ticket will be ~7 USD pp depending on which option you choose when purchasing.

The Aeroexpress train is comfortable with lots of space, and a very smooth ride.

Also, don’t worry about the Moscow metro. It’s very easy. You can buy metro cards at the red machines in English. One ride will cost you about 60 cents USD.

The Moscow metro stations are the most beautiful stations I have ever seen. They are also really deep!

Moscow has definitely changed since the last time I was there 4 years ago. Tourism has grown enormously and the city feels much more modern. Not to mention the large amount of hipster burger joints that opened up all over the place.

After we checked into our hotel, we met up with an old friend, Kostya, rented electric scooters (similar to CitiBike in NYC), and rode all around.

We also stopped by my favorite park in Moscow: Gorky Park

After taking Yagmur around the city, we had some burgers, and headed back to Kostya’s place. We hung out with Masha (his wife and an even older friend), and the kids, catching up all night.

Masha, the artist of the family, put some before and after photos together.

No further evidence was needed to conclude that I clearly got rounder over the past couple years. You better believe I’m already working out to get back into my 2015 shape 😉

The first time I went to Moscow was 14 years ago, when I was just 15 years old. I’ve made many friends there since then. I wasn’t able to hang out with everyone I wanted to but we did the best we could with the time we had. So of course, the next day we met with some more #russianfam 🙂

Before heading home, we made sure to take some night pics 😉

The next day, I took Yagmur up Federation Tower for the 360 view at their observation deck on the 89th floor. The price to go up can vary depending on time and adult/children combo. Standard adult tickets cost around 32 USD pp. Full list of prices can be found here: Panorama 360 Prices

Even though they offer free chocolate and ice cream at the top, all I could think about was what Russian food Ira would feed me during her lunch break.

I found Ira, she fed me well.

After Ira got off of work, we met back up with her and her husband, Ilya. We walked down Arbat street (highly recommend cheching it out) and stopped by a Turkish restaurant for dinner.

It was a beautiful walk that evening.

As tradition goes, I make sure to get some drinks with Andrei and Ilya. We found an awesome bar (now my favorite bar in Moscow) called Reddy.Bar

They have a large assortment of craft beers. The best part? The bartenders and Igor (the local) who says he always somehow ends up at that bar.

After plenty of beer, bar food, and Russian dry fish, we said our goodbyes and headed out.

As always, the main difference between are costs were her need to apply for a visa (237 USD), and my need to buy drinks for the crew (80 USD). The reason her visa was so expensive was because I had it expedited. The reason my drinks were so cheap was probably because they’re a combination of grocery store drinks + Monday night outing drinks (I think they had a 2 for 1 deal + the dollar is strong).

We were also able to save around 220 USD pp in airfare because of my credit card points. Normally I would have stayed with friends but because Yagmur needed a visa, we had to book a hotel. 🙁

Well folks, she’s reached 3/4th of the way there. There was no way of escaping the large airfare cost. Not to mention my impatience for the visa, added a large chunk too.

A kiss at kilometer 0, the center of Moscow.