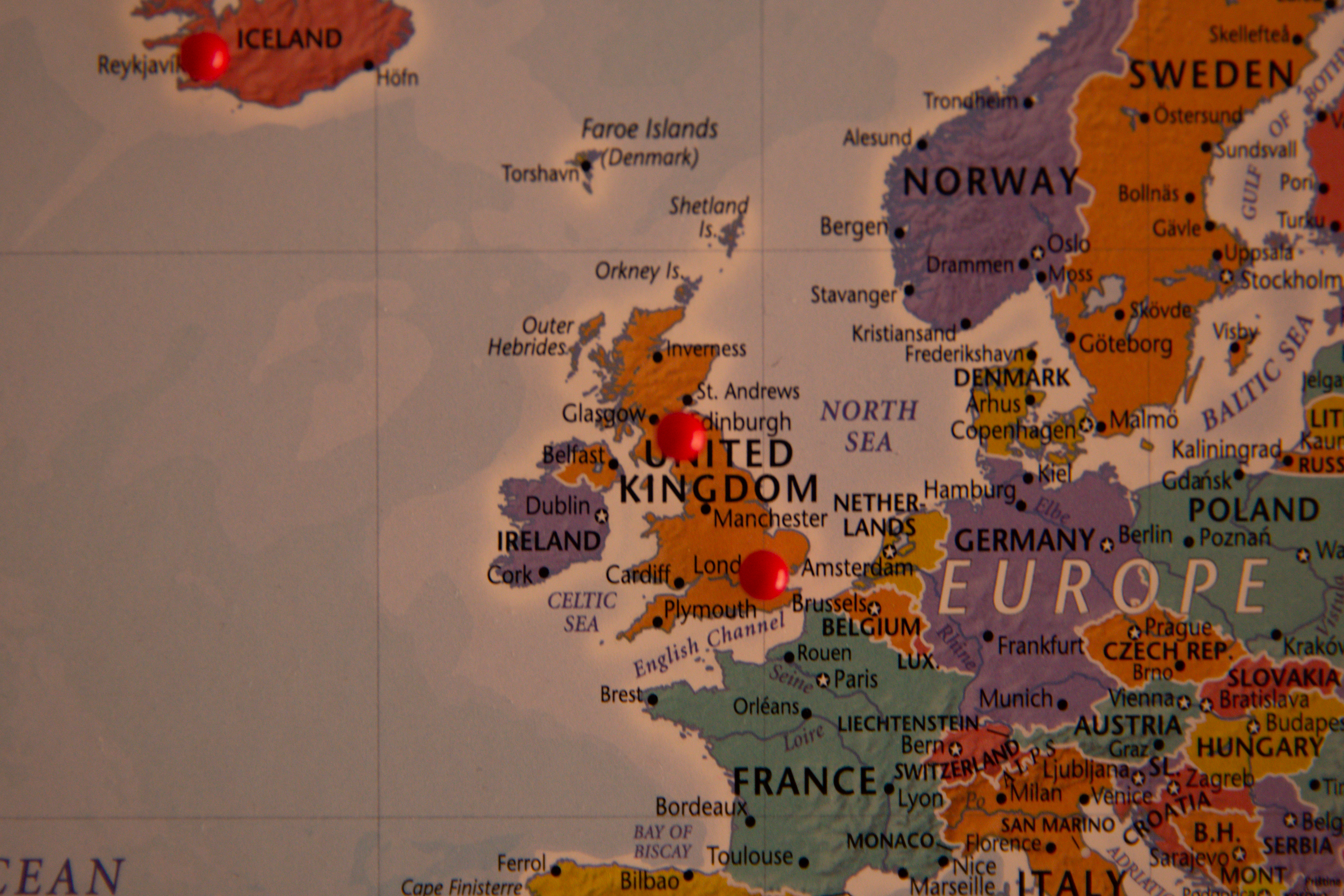 Little did Yagmur know, we had arrived to our final destination of this chapter of adventures.

We arrived late at night and headed straight to our Airbnb where we met up with Betty & Ron. Ron was heading out the next morning but Betty was stuck with us for our remaining time in Edinburgh 😉

We caught up about their trip in Scotland. Soon after, we all showered and headed to bed.

The next day, Betty, Yagmur, and I got some breakfast and coffee at Gordon St Coffee. After chowing down our food and filling our bodies with caffeine, we headed to Calton Hill to take our typical, city picture.

Once we reached the top, without further delay, I got on one knee and verbally asked Yagmur a very important question:

“Will you marry me?”

I soon explained everything I had done. Why we traveled to where we traveled. How I had to always be on my toes, and at all costs, make sure she never figured it out along the way. She was absolutely shocked.

“How could I not see it?” she said still in unbelief.

It was the biggest secret I had ever kept from anyone in my entire life. It was a miracle that I was able to kept it for over 2 years. I have to give thanks to my friends and family who helped me maintain the necessary narrative until the very end 😉

We soon went back to the Airbnb so Yagmur could call her family and friends to tell them about the good news. After one too many phone calls, team Scotland was knocked out cold.

After I woke them up from their power nap, Team Scotland went out to explore Edinburgh.

Throughout our days in Edinburgh we did a lot of exploring. We made sure to make it to the oldest pub in Scotland: Sheep Head Inn, established in 1360!

One morning, Betty surprised us with balloons 🙂 She also took us to a great French spot for dinner.

Another day, Yagmur received flowers from my mom and sis 🙂

On one of our days in Scotland, we decided that we needed to do a whiskey tour. We chose Deanston Distillery which was only a train & bus ride away. We took a morning train to Stirling and decided to explore the city first.

At one point, we ended up at park. Yagmur and Betty took full advantage because obviously girls just wanna have fun.

Eventually, we walked up a hill and ended up at the castle.

We found some room where we can reenact how we would have dressed back then.

We eventually got hungry (Betty is hungry every 1.4 hours btw) so we left the castle and wandered back down the hill. We ended up at a little restaurant called: Darnley Coffee House.

It had an interesting history and the best mushroom soup. Believe me when I tell you, the. best. mushroom. soup. ever. If you go, you must try their lentil soup. It’s a MUST.

After recharging, we hopped on a bus and headed to Deanston Distillery for our whiskey tour.

Don’t worry Matt, we will tour all of the major whiskey distilleries in Scotland one day. You have my word.

After trying some Deanston whiskey, we quickly ran back to the bus stop and headed back to Stirling to catch our train back to Edinburgh.

London was around the corner, so you already know who is swinging by: Emine!

Emine came up to Edinburgh at a moment’s notice and brought up Sam with her 🙂 I’ve got to give them a lot of credit, they came up on the night bus to spend the full day with us. I couldn’t be more grateful! After a quick power nap on their end, the 5 of us assembled to embark on a long journey of drinks & food!

We stopped by some bar on Grassmarket to get the ball rolling.

Before continuing our journey, we paused to have a serious discussion on my weight loss/fitness plan 😉 After agreeing that the diet will begin on Monday, we got back on track and headed to the smallest pub in Scotland: The Wee Pub

Along the way to who knows where, Emine pulled us all over near a tree at St Andrew Square. Out of nowhere, she brought out a bottle of champagne!

We quicklu crushed the bottle. Soon after, we headed to Dishoom and had some amazing Indian food. I highly recommend the Chilli Chicken and Chicken Ruby.

Post an amazing dinner (Thanks Emine for taking us out!), we headed back to the Airbnb and relaxed. Towards 3am, the crew began to pass out. Yagmur was the first to leave us.

There was no escape for Emine. She was wrapped up tighter than a Chipotle burrito with extra guac, half chicken/half steak, easy on the lettuce but don’t hold back on that cheese.

We were all knocked out.

We were so happy to spend this trip with Betty, Emine, and Sam. We really had an amazing time with some of the greatest people on this planet (trust me, I’ve checked) 😉

We have a new category in our graph: Credit. My mom and sis sent $250 for us for a night out. I applied it to Yagmur’s budget 😉 Outside of the credit, the main difference between our expenses was the expedited, UK visa (428 USD) for Yagmur and what I spent on I trying to treat everyone (166 USD). There is definitely an offset of when everyone else treated us 🙂

Here we are. The final travel expenses of her budget. At the end of all of our travels, the money spent on traveling from her budget reached a whopping 83.28%. We did really good given that her designated amount was 93.33%. We are under budget by 10.05%! We will later apply that savings to the final piece of the puzzle.

We did it! We crushed what I thought was a realistic estimate of 2 years. We were able to do it in only a little over a year! We made it to our 14 cities around the world 🙂

The best part was, she never found out about my engagement plan and I was still able to surprise her at the very end!