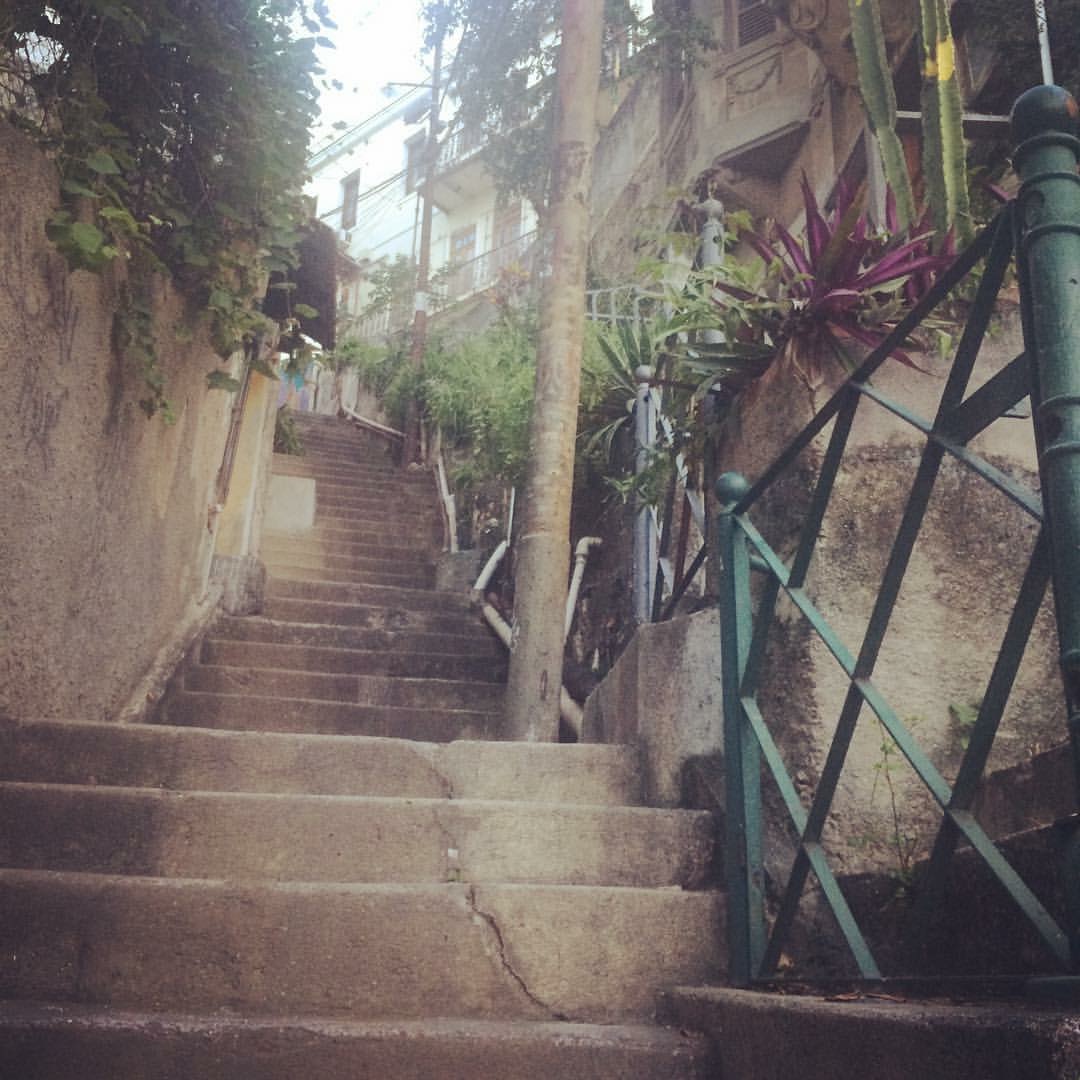 I had just come out of a minor mouth surgery where they removed a tooth that grew crooked inside my mouth. Right before the surgery began the dentist asked what type of music I wanted to listen to because according to her it would help the hour go by faster and distract me from all the drilling that was about to go down in my mouth.

“American top hits” I told her which she soon regretted. I have always been in denial that my sister selfishly kept the singing gene all to herself. We had shared everything growing up so it made perfect sense that I too shared her angelic voice. Combine my singing from the gates of hell with my palate literally being cut open and dental picks and probes in my mouth and you had one very unhappy dentist.

Once it was over, my mom asked for the bill hearing 300 dollars.

“No, it’s 300 soles” the dentist corrected her and my mom was shocked. That’s about 100 USD which my mom was more than happy to pay for. I tried to convince her that we should forfeit over the extra 200 dollars as compensation for the misery I caused the dentist. However, the dentist believed in the free market and guaranteed that I was one of her easiest patients. I didn’t want to begin to imagine what these wild beasts she referred to as ‘patients’ were like so I decided not to ask.

It’s incredible how much cheaper any medical expense is abroad with the same or even better quality than what you can get in the US but that’s a discussion for another day.

Both my mom and sister went back to the land of the free the next day while I stuck around my aunt’s place an extra week because apparently I had to ‘rest’. I could barely eat anything and mash potatoes and jello got old very quickly.

“Do you want to know what’s for dinner?”
“Tia, just blend it.” I told my aunt jokingly as she laughed at my nonsense.

The blender had become my best friend but he was only good when I was hungry. I wasn’t allowed to exercise or do any physical activity and got bored fairly quickly. What my aunt called ‘internet’ I called ‘AOL dial up’ which as we all remember quiet well, was equivalent to having no internet at all. I searched for another 30 day free trial CD around the house in vain.

My solution to my boredom was to go on a movie binge on the latest movies. Fortunately for me, Lima was notorious for its piracy. You could buy movies that didn’t even come out in theatres yet out in the streets of Lima. After my aunt injected my pain killer in my left butt cheek I waddled down the stairs telling her that I was going out to buy some peliculas.

“Where are you going?” She asked knowing that I wasn’t going to the nearby legit store to pay full price for a DVD.

“Blockbuster!” I told her laughing at the thought. I remember the first time I saw a Blockbuster in Lima and couldn’t stop laughing at the store. What in the world was the Blockbuster corporate team responsible for expanding in international emerging markets even thinking when they thought about coming to Lima? It was more than clear to me that they didn’t do the slightest amount of research on this guarantee to fail endeavor. I didn’t even live in Lima and off the top of my head I could name 4 huge markets bigger than a 1 block radius where you could buy all the pirated DVDs you wanted for 3 soles a disk and sometimes cheaper with great to perfect quality instead of renting them for more! Just imagine how many more places someone from Lima actually knew. My laughter of horrendous market research was confirmed 3 seconds after seeing the Blockbuster sign and spotting the large, red ‘Going out of Business’ banner displayed over the entrance.

“Be careful!” she responded shaking her head as if I was going to get myself into trouble but knowing there was no stopping me.

“I’ll be fine, be back in a few hours.” I told her and continued my waddle.

El hueco (the hole) was a place where construction for a large building began but never finished. They completed digging and cementing the basement but that was it. Not sure what happened to the project but pirated DVD vendors swarmed in and took it over. Were there cops? Of course! But not to stop them from selling pirated DVDs, oh no. They were there to ensure that there were no delinquent activities in el hueco, if that makes any sense to you.

If you wanted to know the nicest hotels or fanciest restaurants in Lima, I was not your man. Except for La Tiendecita Blanca, nice little swiss café/restaurant in Miraflores. Go check it out. But outside of that, I was not your man. Now, if you wanted fake DVDs, go to el hueco. Don’t worry, they’ll have a TV where you can check each DVD you buy so don’t take their bullshit about ‘don’t worry it works’ or ‘yeah, Terminator 8 is out’. You need pirated software? Anything computer related? Then Wilson right in front of Real Plaza is where you need to go. Did your phone get stolen? I bet you they are selling it at Malvinas. Better to get there by combi because when you go by taxi they won’t want to take you or they’ll nervously ask “do you have a family business there? Will you be quick? Should I wait for you?” so make sure you know what you’re doing and you have some sort of story to tell the driver. “My uncle sells washer machine parts across the street from where they sell cellphones, wait 20 minutes at this corner” usually got the job done.

Few blocks down from where you can buy any cellphone in Malvinas or get yours unlocked for 10 soles (ignore those kids at the entrance who want to charge you 15, they’ll take you to their boy and get to keep 5 soles for themselves as commission. Hit up my boy Franco, 14 booths on the right from the 5th walk way starting from your left. Tell him Shapka sent you to save 3 soles) you can buy, let’s just say, some self-defense items (Except for butterfly knives, just get them from the lady outside of the computer market on Wilson. Sorry, no discount with her).  Now for my sake, depending on who’s reading this, let’s just also say that I have no idea what I’m talking about and made those last few sentences up.

Anyway, I arrived back at my aunt’s house with a stack of legit DVDs from some legit DVD store. I flipped through them and decided to watch Live Free or Die Hard…. I mean the classic Die Hard with a Vengeance because obviously I couldn’t have watched a movie on DVD that had just come out in US theatres 2-3 weeks ago. I popped it in the old desktop computer and was surprised at the amazing quality. About an hour into the movie the action really began and it was amazing. With top notch graphics and amazing sounds, I felt like I was in a movie theatre. The quality was so good that I could actually feel the action all around me.

“Earthquake!!!!!!” my aunt screamed at the top of her lungs running into the living room waving her arms at me. The power immediately went out.

“Fuck” I said out loud and tossed my headphones aside getting up and heading towards the hallway as my aunt went straight into my grandpa’s room.

“Abel!” I shouted at my cousin who came out of his room frightened and confused at all the screaming and commotion. Damn sleepy head was impossible to wake up, especially when his homework was due the next day. Found out then and there that an earthquake does the trick.

I ran passed the fallen picture frames, pens and papers on the ground, straight into my grandpa’s room to help my aunt with getting him out of bed. My grandpa had just come out of a minor surgery a few days ago. The doctor had just removed gallstones from his gallbladder and he was supposed to take it easy and rest in bed.

My aunt slowly helped him up as I quickly reached for his shoes and slipped them on as we gently got him to his feet.

“We need to hurry!” my aunt said in a panic as the shaking of the house continued.

“It’ll pass, it’ll pass” my grandpa said calmly as we helped him walk over to the front door.

My aunt held him in one arm and I on the other as we slowly walked down the outdoor cement steps from the 3rd floor. The earthquake wasn’t stopping and my aunt began to cry.

“It’ll pass, it’ll pass” my grandpa continued trying to reassure my aunt that the worst was almost over. Yet it continued. We reached the patio at the bottom of the stairs and found my cousin’s grandma, shaking in fear, waiting for us, watching us finally come down the stairs. She lived on the 1st floor of the house and had gotten out before us.

“Praise God! I was so worried!” She told us wanting to give us a hug and a kiss seeing that we made it out safely.

“To the street!” I shouted to her, staying in control and not being affected by the chaos around me. You didn’t have to tell me that we had to get as far away from any building as possible. We could hug and kiss all we wanted once we were safe. My cousin’s grandma put her hands together, praying out loud and headed towards the gate. We opened the front gate and made it to the street along with everyone else in the neighborhood. I tried to stand still, but couldn’t.

“Dear God!” I said out loud looking at the street below me. Fear for the first time that night shot straight up from the ground into my heart. The land the lost sailor kisses after surviving a mighty storm, trembled beneath my feet. My foundation shook. People were screaming all around me, praying all around me. Car alarms went off, dogs were barking, sirens were heard from afar followed by loud bangs of electrical explosions. The sun had forsaken us, leaving the heavens masked by a sea of dark gray clouds. I turned to my right and saw a bright green light shoot straight up from the earth and explode in the distance of the dark, night sky.

“What the hell was that!?” I said astonished with my eyes wide open. I turned back to the house and watched it sway, left to right.

“The house is going to fall!” I said in terror as the beating of my heart surpassed the drumming of la tierra.

“Don’t say that!” My aunt said crying profusely, reaching towards me and hugged me with all of her might.

There was nowhere else to go, nowhere else to run and I knew that any moment the earth would rip itself open and swallow us all. There would be no tomorrow, it was over today. I had never been so afraid in my entire life…