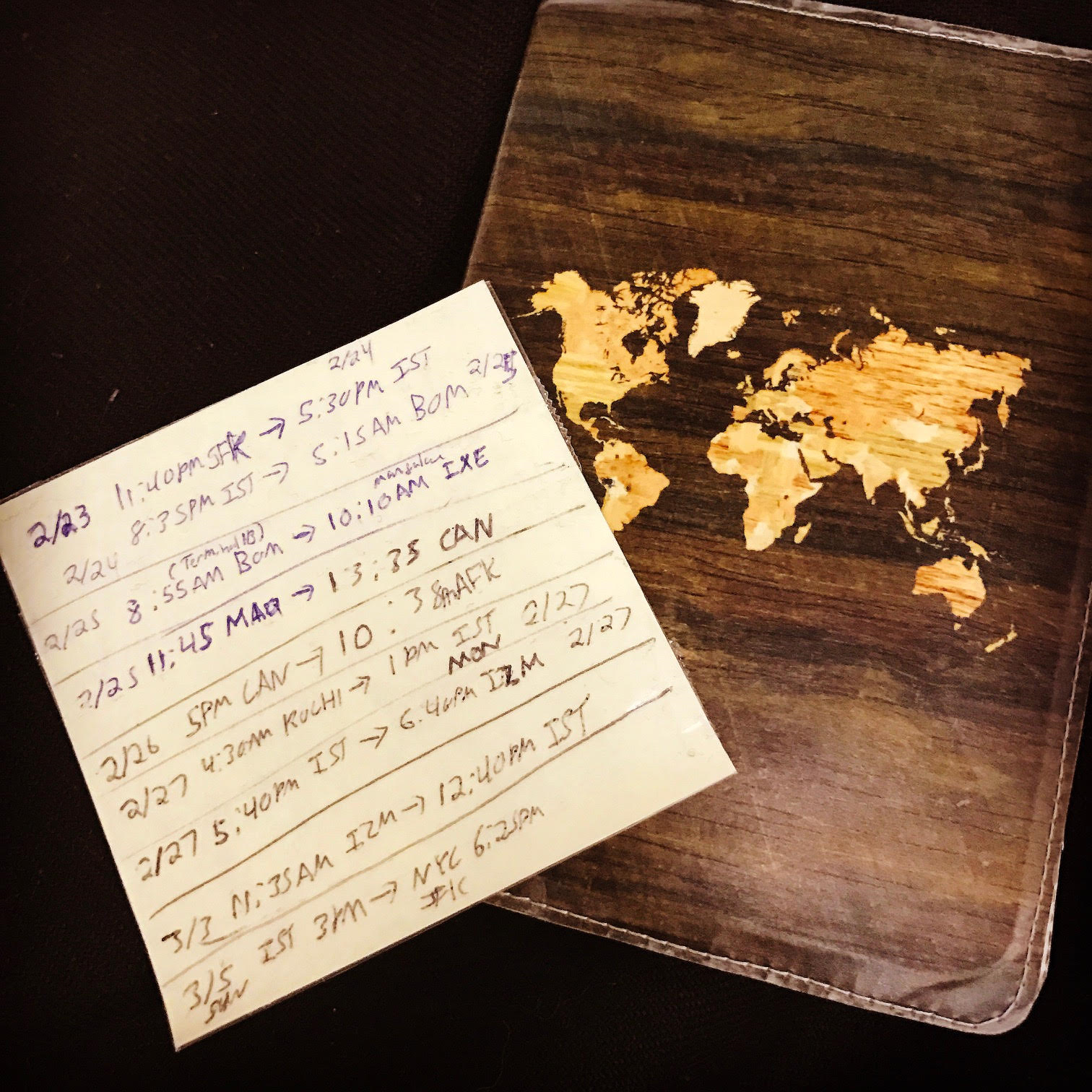 So your best friend calls you and is like “oh btw the wedding will be in Kannur.” So you’re all like “aight, I’m there.” Now, you’ve already traveled around India and didn’t get invited to the honeymoon so you start thinking about what you’re going to be doing after the weekend wedding. You’ve got to take advantage of being on the other side of the world and make a trip out of it. Egypt comes to mind since you haven’t seen the Pyramids of Giza yet. Let’s not forget how popular Iceland has become and your sis won’t stop talking about it. But your girlfriend can’t come with you since she’s waiting for her Green Card application to go through #diversityvisalotterywinner so you can’t go anywhere she might want to go to because then you have to go back. So what to do? Where do you go? The answer becomes obvious, Turkey. You haven’t been to her country outside of a 5 hour layover in Istanbul where you quickly hopped on the subway and tram to Sultanahmet to check out the sights but of course that doesn’t count!

Planning an affordable weekend trip to Kannur, India from the U.S. can be a little tricky for several reasons. It’s on the other side of the world, the Kannur airport isn’t built yet and you have to come and go at specific times with the addition of hitting up Turkey right after. The timing of the planes and trains have to be precise and of course cheap. If you can save over $500 and sometimes over $1,000 by purchasing and connecting separate routes as opposed to buying directly to the nearest airport then why not? In some cases flying direct is cheaper but not always. For the times that’s not the case, there are good guidelines to follow to make the trip more efficient and affordable.

The rules for my trip:

So after several shots of espresso and a café con leche I came up with this:

So of course there are guidelines and tips to everything but reality doesn’t really care. So here’s my plan and here’s what happened.

Of course, once I made it to Kannur (I planned to arrive at 1PM but got there around 3PM) I got to see my best friend get married which was a beautifully decorated, outdoor wedding covered in flowers..

Bride and moms on fleek..

The merging of two lovely families..

and of course a beautiful couple who lived happily ever after 🙂

The Plan Cont. (Time in)

They took me all around and her mom made sure that every meal was equivalent to a Thanksgiving Feast. In 2 days I gained back the 3 pounds I lost in Mumbai and added an additional 12 pounds..

Got to hang out with my gf’s oldest sister and this little rascal..

and of course this lovely family. Tomris is the funny one of the triplets ;)..

Ending with the must see ancient city of Efes..

No delays or issues here. Just Emine being really sad in IST which made me really sad :(..

So we went on an adventure and found this awesome fork in an abandoned 1943 refrigerator in some dark alley..

That made her very happy..

So she decided to take me out with her awesome friends and showed me how the Turkish really turn up..

Which meant we all died the next day so here’s the Saturday evening sunset from the ferry (Kadıköy to Karaköy)..

Airport lounges are always hidden away in airports and kept at a distance from the masses. I don’t think in all my travels I’ve ever bumped into one on my search for an empty seat or free outlet during a long layover. Nor have I ever had the need to search for one, until now. At the end of last year I signed up for the Chase Sapphire Reserve [$450 annual fee] credit card for a couple reasons:

However, none of those reasons are why we are here (but I do recommend getting yourself a good travel credit card if you travel several times each year). One benefit that I did not consider or care about was this so called Priority Pass which gets you into over a thousand different airport lounges around the world. Once I got my credit card, I decided to call and have them send it to me. It’s another perk of the Chase Sapphire Reserve.

After a ~10hr flight with a 4hr layover in Istanbul I decided to find out how it works. All you do is go to the Priority Pass website or app, type in the airport you are in and hit search. A list of airport lounges pop up and how to get to them after you pass security. If you don’t have internet access, search beforehand and take a screenshot.

I walked into the Confort Lounge with a snazzy dude’s tank top flaunting my half beast chest, dark blue jeans, steel toed boots and my travelers backpack. Smart Casual Dress wasn’t under the Conditions section of this lounge but I definitely didn’t quite fit in. I handed the attendant my pass, signed the receipt and I’m in. “Is everything included?” I ask. “Yes” she tells me. “Showers too?”, “Showers too” she responds with a smile.

Bruh. let. me. tell. you. You know damn well I took a shower and came out fresher than the Old Spice guy who stole your girl. Free alcohol? Vodka shots all around please. Oh but hold up, let me fill my belly with that lasagna first and don’t hold back on the dill sprinkled on them chickpeas. Lattes? Hommie, I’ll have four. Let me get two of those water bottles to go too. Comfy love seat with a table and charger nearby by? 100% in no time. And yes, there was dessert.

I had the chance to take advantage of four lounges throughout this trip and it was great. Nothing beats being able to walk into a plane with a full belly from delicious food instead of super expensive, lame airport food. Having access to all those lounges was solid with all the airports I had on my itinerary. Also, keep in mind, I believe each lounge is different on their guest policy. For the Comfort Lounge in the International terminal at Istanbul’s Ataturk Airport, it cost 25 euros to bring a guest. Bon Appetit!

Listen brahman, we all make mistakes. Even in all my traveling experience I still fuck up every now and then. It’s okay. Learn, tell others so they can learn from it too and move on. So…

Walking up to the airline counter and get told your ticket was cancelled as opposed to the location of your gate and your seat number is a little frustrating. That’s what happened to me at Ataturk airport in Istanbul on my final flight back home when I so nonchalantly waited in line to get my boarding pass.

So what happened? Well, most of us know that if you miss one leg of a flight and it’s your fault the next one is cancelled. However, I didn’t know that if you buy a multi-city flight like the one below:

and miss for example Flight 2, like I did, then you will be considered a no-show and all consecutive flights, in my case Flight 3, will be cancelled. To clarify, this is when you select the multi-city option instead of one-way or round-trip and pay once for all those flights. It’s considered one ticket.

Yes, I intentionally missed Flight 2. In the madness of trying to balance planes and trains I initially planned on making that BOM –> IST flight. However, I couldn’t find a way to make it to BOM and since, for whatever reason, it was more expensive if I left that middle flight out, I said “eh whatever” and just bought it like that.

Anyways, at the airport I had to go to the ticket purchase counter. They told me that it would cost $1,000 to change the 3rd flight of my ticket even though I paid about ~$700 (with my points) for all 3 flights to begin with! You best believe I told that man that he was out of his fucking mind! Except I told him in Spanish… in my head… Thought it would be best if he didn’t understand my thoughts.

So what are your options? Well, I asked him how much was my flight if I just bought a new direct flight ticket (same flight that got cancelled) and he said $691. Were there cheaper flights online? Hell yeah, the same flight was $50 cheaper online. But one thing we usually forget is that it takes time (sometimes several hours) to receive the confirmation email ensuring you are in the airlines system. It’s not always instant. With only 4 hours until the flight would take off, it definitely wasn’t worth the risk. I guess I could have bought that $350 evening flight with a 23 hour layover in Moscow instead and stop by and visit some tovarishi for a day but this whole having to show up to work on Monday business deferred me from the Ruski option.

So what did I say in my frustration to the sir working the ticket sales counter after making my travel mistake? “How much is first class?”

The gentleman straightened his back, fixed his tie, gave a slight grin, looked straight into my dark brown, beautiful eyes and said “You can’t afford first class”

Hold up, Hold up, hoollll ddddduuuuhhhhhh. This dude had some big ass balls which I clearly didn’t see since he must be sitting on them behind the counter. It’s been a very long time since someone’s words caused my hand to my reach for my heart, my jaw to slightly drop, my eyebrows to greatly raise and my foot to take a step back in disbelief of the audacity before me. I gathered my thoughts, leaned forward and looked straight into his dirty, ugly ass, brown eyes and said “Watch me”

My heart couldn’t handle these multiple stab wounds straight into my soul. You know damn well this man better put me in the back of the plane, middle seat, armrests occupied, monitor broken, no lean back chair (damn wall), next to the crying baby and the man who hasn’t showered in 3 weeks cause you better believe I ain’t that mad. This trip is not about to go from being one of my cheapest trips to THE MOST EXPENSIVE TRIP OF MY ENTIRE LIFE in 2 seconds flat.

“The $691 econ ticket sounds about right” I  humbly replied with a nod.

So, things didn’t go quite as planned at the end but hey, I roughed it through that weekend travel to India, saw my best friend get married to an awesome gentleman at a spectacular wedding, met my girlfriend’s wonderful family and finished it up with Miss Emine and a solid group of new friends. I had a fucking blast thanks to all my old and new friends I met up with along the way. Safe travels everyone!