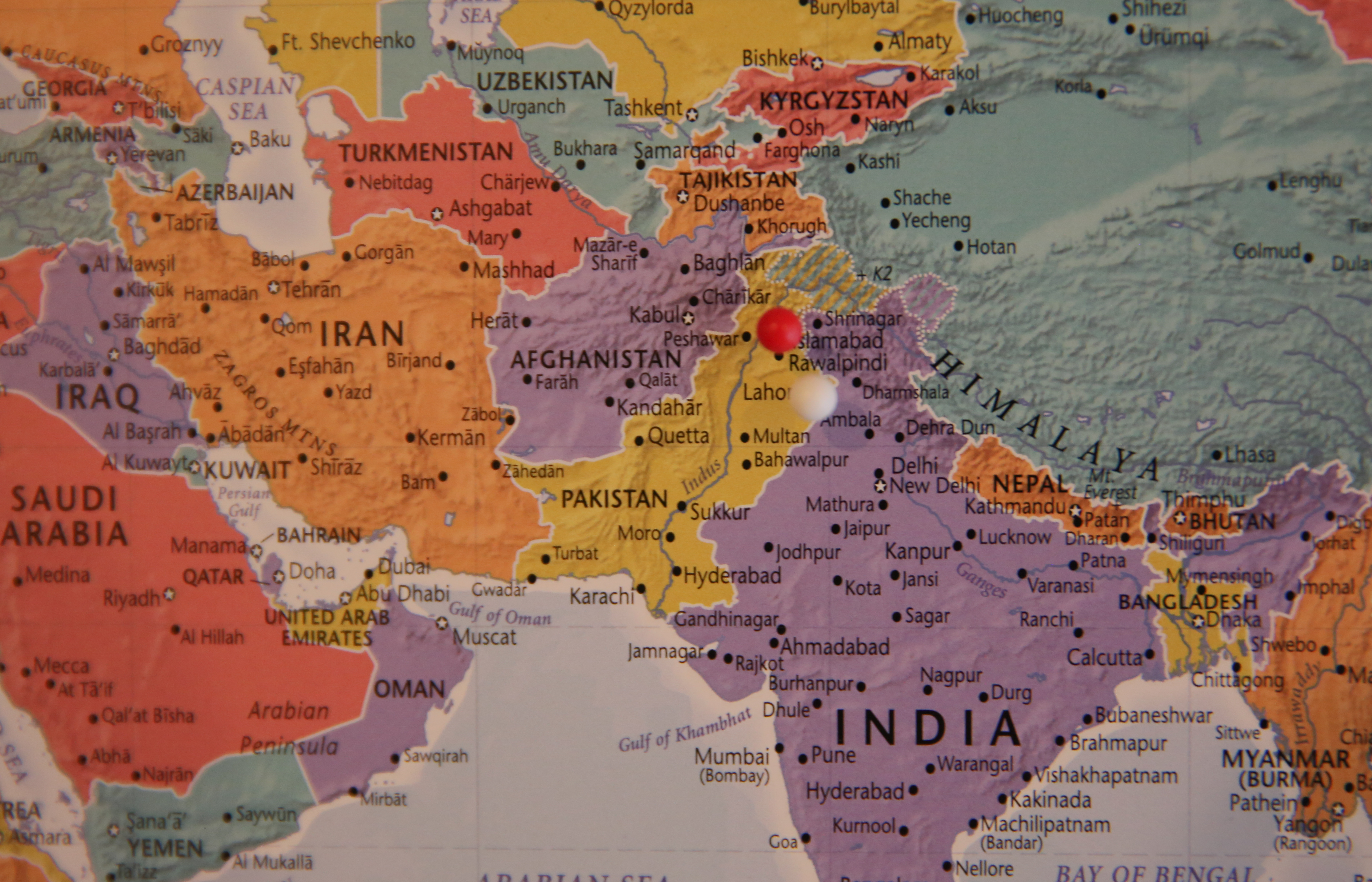 The next city on our list brought us to a country that is not known for its tourism: Pakistan. Out of all the countries in the world Yagmur and I could have gone for our first international trip, no one understood why we would go to Pakistan. Our friends didn’t get it, our family didn’t get it, the 280 pound, all muscle, U.S. Customs agent with his police badge hanging off a chain around his neck (yes, just like in the movies), interrogating us separately in a secluded room at the Fort Lauderdale Airport didn’t get it.

“I still don’t get it.” he repeated, not buying everything I had just told him. “Why would someone take a vacation to Pakistan?”

Pakistan gets some serious bad press and even gets depicted incorrectly in well known shows. Homeland being one of them. When Season 4 came out a couple years ago, many people were pissed off as to how Pakistan was depicted. You can check out some of the articles here ~ The New York Times: A ‘Homeland’ We Pakistanis Don’t Recognize, The Washington Post: ‘Homeland’ is the most bigoted show on Television, and BuzzFeed: A Pakistani Reacts To 6 “Homeland” Fails.

Forget about the negativity you may know or have heard. I’ll breakdown our whole trip so you can get a glimpse of the Pakistan we discovered as we traveled to Islamabad, Lahore, and the Wahga Border. Enjoy the ride!

Before we jump into our trip, here are two useful posts for your trip to Pakistan:

We found Islamabad to be really chill. We traveled around the city with Uber by using the wifi from our AirBnB and coffee shops around the city. It’s hard to beat an average Uber ride of $1.60! Whenever we didn’t have wifi, we just took a cab. The surcharge for foreigners is almost none existent (more on that later).

It’s very easy to get around Islamabad. The city is set up like grids and all you need to do is tell the driver to take you to the specific grid you want. Just say the main grid letter/number combo, followed by the word markaz (center). For example, if you tell someone “F-7 Markaz” then they’ll drop you off in the middle of section F-7. You’ll usually find the most restaurants and stores in the center.

For our first stop in Islamabad, we took an Uber to the Islamabad Monument 🙂

After exploring the monument, we realized we were stuck. We had no wifi or cell service to get an Uber. Plus, there are no major streets around given that the Islamabad Monument is at the top of a hill, in a park. We ended up walking to the parking lot entrance, and waited for the next cab, dropping someone else off. We hopped on and headed off to check out Faisal Mosque!

The Faisal Mosque is one of the largest mosques in the world!

After Faisal Mosque, we decided to make a few stops. We got a good deal from a cab driver there. We paid 700Rs ($5.70) for him to take us (and wait for us) to the following:

It’s definitely a steep ride up towards The Monal!

The Monal had an excellent view and the food was only $12 a person!

Matt’s friend, Faruk [now our friend ;)], drove us to the bus station to buy our tickets and later took us out to Burning Brownie! Thanks for everything Faruk!

Later in the week we took the Daewoo bus to Islamabad. It only costs $4.30 per person for a ~5 hour bus ride. Water, coke, and a snack box is included. Comes with a pillow too!

Took me a while to realize that in the movie, playing on the bus, women that showed too much skin and anyone with tattoos were blurred. I know I need glasses but I was like…”wait what?”

Lahore is definitely more rugged than Islamabad. Busier streets, more traffic and no more grids. But with Uber, everywhere is easy to get around.

We headed to Badshahi Mosque which was beautiful!

Lahore – When it rains, it pours

We headed to the Walled City, entering from the east through the Delhi Gate.

When it suddenly began to rain…

“It’ll pass.” I told my girlfriend, as a lot of us waited for it to subside within the protection of the gate.

Boy was I wrong:

When dirty water reaches your knees with who knows what bumping into your leg… You take your girlfriend to the closest place you know that would have a roof, and not be flooded: the train station. Once the rain finally passed, we headed back and explored.

There are a lot of markets and shops throughout the whole area. Everything is really affordable. Yagmur ended up buying some scarfs 🙂

We also tried some lemonade but you probably shouldn’t. You might have some tummy issues if you’re not used to the water 😉 But for 16 cents, we decided it was worth the risk.

Don’t forget to stop by Food Street (next to the Walled City on the northwest side) for a nice meal with a view! #CoocosDen

The Wahga Border was probably my favorite part of the trip. You can read all about it here: Wahga Border – Pakistani side

So how was Pakistan? It was great! Let’s break down the overall experience:

(2) It’s super cheap! As I’ve mentioned in a previous blog, for those of us coming from abroad where wages & expenses are much higher, Pakistan is a steal. Your average daily cost in Pakistan is only $32!

(3) It’s safe! Safe? Really? Yes, really! Look, every country has its issues. There are dangerous parts and safe parts wherever you go. We only had time to visit Islamabad, Lahore, and the Wahga Border, so it’s hard to speak about a whole country. However, wherever you go, you always need to be aware of where it’s safe and where it isn’t. I felt safe at every point of the trip.

(4) People are friendly! Anytime we asked anyone a question, we were greeted with a smile. When we went into a local restaurant where they only spoke Urdu, a guy who spoke English turned around, translated for me so I could order, and turned back around to his family. Thanks guy!

(5) People are respectful! When we walked in local areas, no one bothered us. I was slightly concerned at first when traveling with my girlfriend. I’ve traveled to a neighboring country where my sister felt super uncomfortable. Many guys inappropriately stared at her and had no problem getting way too close. I had to constantly be on defense and tell guys to back off. None of that happened in Pakistan. Everyone was very respectful wherever we went and always were looking to help out!

(6) Food is Delicious! What more should I say? Don’t leave Pakistan without trying their brain masala!

International trips from the U.S. tend to be costly, mainly driven by airfare. For Pakistan, I’ve broken out your expected expenses here: Average Daily Costs To Visit Pakistan

Our cost breakout of our Pakistani trip (one week) is below:

We had a huge jump in her overall travel budget from 1.31% to 10.42%. Even with using 35,781 airfare points, reducing her ticket price by $537 to $724, the unavoidable visa/tour costs of $388 took their toll. However, the cheap costs of lodging, food, and transportation during our week in Pakistan helped maintain overall costs at bay.

Our first international trip sent us all the way to the other side of the world to Pakistan!

Mandatory pic of our trip!

Feel free to reach out if you have any questions. Safe travels everyone!